For more than a decade, the Google browser has surprised every so often with its Doodles, which are a kind of interactive element allusive to Google that allows people to play, listen, reproduce or see different elements on the screen. These little games, in addition to being the most interesting and simple, tend to gain popularity among people, since they refer to festive dates or specific times of the year.

However, these are available to be used from the browser for a limited period. If you love Doodles and want to know which are the 10 best Doodle games released by Google, then you have come to the right place, since this time those that captured the most popularity are collected. In addition, you can access them from Google files and play directly on your computer, tablet, or phone, go ahead! 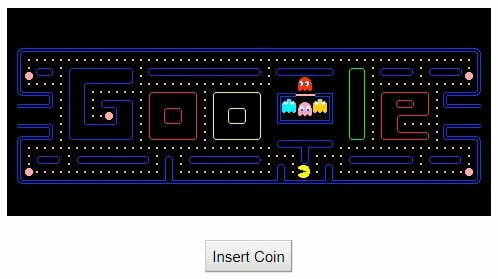 Released to the browser on May 21, 2021, this Doodle had the objective of commemorating the 30th anniversary of the Pac-Man video game, a Japanese title created in 1980 by developer Namco. Pac-Man, in addition to being an icon of video game culture, became a commercial success that significantly promoted video games during its launch decade.

For this reason, Google honored the illustrious arcade-style video game through a Doodle that uses the same game mechanics. Of course, apply your personal touch, by including the word Google within the Doodle. 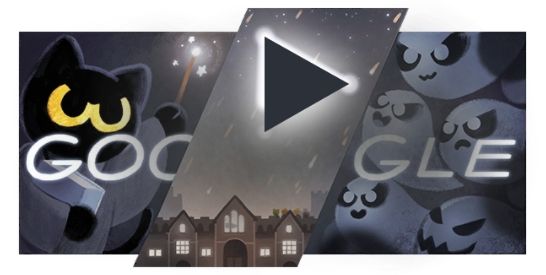 Although every year at Halloween it is common to see the most interesting Doodles in the Google browser, the one that possibly has captured the public’s attention the most has been the Doodle Halloween of 2016. This time a game was presented that refers to “Halloween” and invited us to take the role of Momo, a feline wizard who must eliminate ghosts within the Cat Magic Academy.

The gameplay of this Doodle does not have much science behind it, and it is enough to use the mouse to perform spells and eliminate the evil entities that appear on the screen. Without a doubt, one of the most interesting Doodles that Google has launched during this decade.

Although it may not have caused much of a stir at the time, the Cricket Doodle has become one of Google’s biggest hits. The reason is simple, this sport of such popularity in the United Kingdom was honored through a simple game that invites us to “swing” to hit a ball and score points.

This Doodle appeared on June 1 to mark the start of the 2017 ICC (International Cricket Council) Champions Trophy. Thus, such has been the success of this Doodle, that it can be played without an internet connection from the Android Play Games app.

Launched in May 2014, the Rubik’s Cube Doodle was one of those that made the world see the true creativity of the developers of Doodles, as well as make it clear how far Google can go by offering a simple tribute minigame. In this sense, this Doodle was created to pay tribute to the 40th anniversary of the Rubik’s Cube, a historical puzzle created by the Hungarian processor and sculptor, Erno Rubik.

This game was a real success and is currently one of the best-selling puzzles on the market, so it is not surprising that Google has launched a Doodle that allows us to move the faces of this cube and play this puzzle just by doing use of the mouse.

In Mexico, bingo is an extremely popular game, which is not played using numbers. Instead, 54 cards are usually used with animals, characters, or any object related to the popular culture of the locality in which it is played. For this reason, Mexican bingo has become an illustrious element of Aztec culture.

This entertaining game has become a much-loved pastime inside and outside the Mexican borders. Due to this, Google launched on December 9, 2019, an extremely entertaining and colorful Doodle that refers to Mexican bingo. As a novelty, this Doodle not only allows you to play the Mexican lottery but also integrates an online mode to play with other friends over the internet.

Garden gnomes are an element of popular culture deeply rooted in Bavarian roots. Thus, although its popularity in Germany dates back to the nineteenth century, today there are many people inside the country and outside it, who decorate their gardens with these small and curious characters who, according to legend, are in charge of protecting the plantations and attracting good fortune to their owners.

In 2018, Google surprised with a Doodle that paid tribute to these characters, creating a simple game that, in addition to explaining how these characters are built, invited them to play a fun game that consists of launching these little dolls using a catapult. The objective of this game is none other than to achieve the highest possible score. Simple, yes, but quite addictive and entertaining.

On the occasion of paying tribute to the 216 years of the first parachute jump, Google released a Doodle alluding to this undertaking carried out by the French André Jacques Garnerin in Paris. Since then, the duel between man and the heights has taken humanity further and further (and higher), so there was no better opportunity to pay tribute to this historic date.

The parachute jump game in the form of Doodle consists of seeing the character reach the heights, and when he reaches a certain height, see him fall. During the fall, you will have to use the Right and Left arrows to control the fall of this man, since, on the way, it will be necessary to dodge birds and challenge the air currents that rule the heights until completely descend. Without a doubt, a Doodle is as funny as it is successful.

As is customary, the eve of Valentine’s Day is an unmissable time to see Doodles referring to these festivities. For this reason, during the year 2017, not one Doodle was presented, but several, which appeared from February 11 and extended day by day until the 14th of the same month on the occasion of Valentine’s Day. Among the 4 Doodles that could be enjoyed on these dates, the first of them was the one that most captivated the attention and affection of the users.

This simple and entertaining game consisted of controlling a pangolin (African mammal) using the keyboard and moving between different obstacles to reach a set goal. Upon arrival, the player finds a cinematic where the little character is seen opening a love letter received for Valentine’s Day, thus giving it an unprecedented meaning and depth in the Doodles in the form of video games that used to be seen.

During the 2012 London Olympics, Google gave us some of the funniest and most original Doodles that had ever been seen to date. Among them, one of those that most captivated users was Canotaje, which was seen on the home page of the browser on August 9 of the same year.

In this game, all you have to do is use the keyboard arrows to steer your boat in search of reaching the finish line in the shortest amount of time possible. However, to achieve this, it will be necessary to overcome different obstacles that appear along the way. With all this, there is no doubt that this is a Doodle as attractive as it is easy to play.

The 50th anniversary of the legendary British sci-fi series from the 1960s, Doctor Who, brought with it the birth of one of the most challenging and fun Doodles ever seen. This game sought to reflect the essence of the series that marked an entire generation during the 1960s and achieved it masterfully. Simple and engaging gameplay, different levels, different challenges, and different characters to choose from and control.

In this game, you must overcome different levels to get an item. The item of each level corresponds to a letter of “GOOGLE”, so it will be necessary to avoid the robots that are on the map, interact with switches and other gadgets and get each item to overcome the levels.