BEST IOS EMULATORS FOR PC (WINDOWS & MAC) 2021 – There are not as many iOS emulators available as for Android. In this article, I will go over some of these emulators for iOS and see what they bring. But before that, we must understand the meaning of the Emulator world.

The emulator is software or software that can be used to copy other hardware (hardware). It is generally a hardware simulator in a piece of software. The emergence of emulators can be credited to tech geeks looking to salvage some old tech.

For example, you can play Nintendo game consoles on your computer. It can be played because of an emulator.

How do emulators work?

The emulator has an application software component and the software runs several separate image files or apk files. For example, the android emulator can play “apk” files. Similarly, the PS3 emulators can play “iso” files. The file systems that the emulator supports, therefore, vary according to the system.

What is an iOS Emulator?

An iOS emulator is software that allows you to take functionality from iOS software. Windows-based PCs can run iOS software. There are three types of emulators: iOS emulator for android which was not possible but for mac and windows now it is possible.

This is useful for app developers and people who want to test the Apple App Store or other apps that are exclusive to iOS only.

Apart from iPhone, the iOS emulator can also emulate the iPad and iPod. There is no monopoly in this market as there are many iOS emulators available.

Why use iOS Emulator?

There are many things you can do with this iOS emulator. For example, not every iPhone app developer owns an iOS device, so iOS emulators can be used by them to test apps for iOS. Also, another benefit of using such emulators is to play iOS games and apps on your Windows PC.

So, without further ado, let’s get into the list of the best iOS Emulators for Windows and Mac, where all the emulators in this list you can download and use freely. 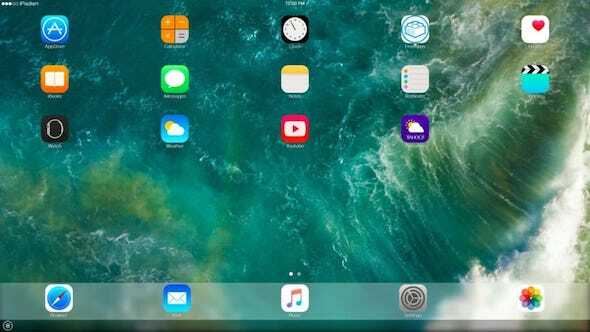 iPadian is an ios emulator that emulates the iPad operating system. It runs on Windows XP and versions of Windows above. There is a launcher look similar to the iPad and to be honest, this is not an emulator, iPadian is an iOS simulator.

It is based on the Adobe Air platform and comes with a built-in app store that includes apps that can run on Windows. Therefore, the experience you get is an iOS app. One of the downsides of this emulator is that it can’t emulate the entire iPad like Touch Function.

You won’t be able to get the same touch experience with windows and the actual swiping function of the iPad isn’t smooth either.

iPadian’s problem is that it is not able to emulate the entire iPad like the Touch function. You won’t experience the same touch interactions when you work with tools in Windows. The swipe function associated with the iPad will not work properly.

One great thing about this emulator is that you can download the free version. It also provides App Store and other features. But there are many locked apps and what locks is the app itself. 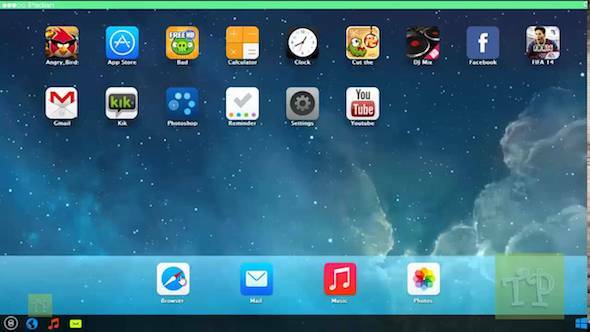 Air iPhone Emulator is generally used to create solid iOS emulators. It is a premium program that makes good use of the Adobe Air Framework.

It helps to create GUI of selected iOS applications on your PC. This app is meant for developers. As a developer, you can easily upload newly developed applications to this software.

You can also easily test the functions before uploading. There are some features but the things that are missing are quite a lot. That includes apps like Safari Browser. The installation process is pretty straightforward, and it’s similar to the iPadian emulator. 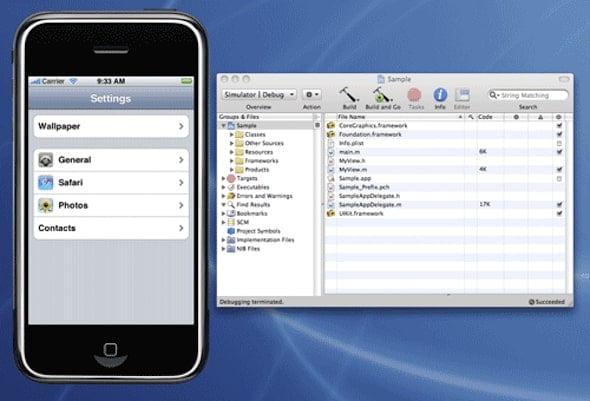 iPhone Simulator is a powerful tool from other best iOS Emulators. The main strength of the simulator is in the number of features it brings. The user interface of this software is very well designed.

It allows compatibility with multiple iOS apps and you don’t have to spend much effort on it. Apps that this simulator can effectively emulate include Safari, Clock, Notepad, App Store, Calculator, and more.

There are some limitations. This program is especially useful for developers who like to have an iOS environment during the early stages of app development. However, there is no debugging in this application. 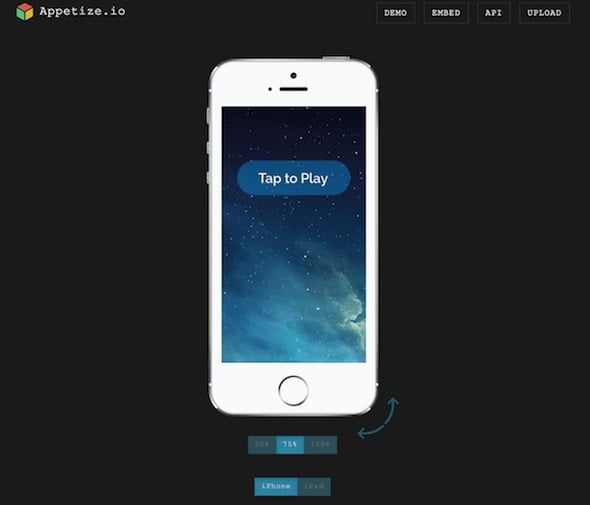 Appetize.Io is another different kind of best iOS emulator, this iOS emulator is based on the cloud therefore, you will not be able to download and install this software directly on your desktop or laptop.

It is an excellent choice for developers. If you are looking for an alternative tool that can help you with your software projects then, you can give Appetize.Io a try.

You can get a free version that can be used for 100 minutes per month. If you want to upgrade the service, you can pay $0.05 and because it’s cloud-based, you won’t be able to install any applications on the software itself.

Instead, you can test the.IPA file on it. You can simply upload the “.IPA” file to your account and then use the app for as long as you pay. Once it’s done uploading, all you need to do is click play and now you can debug your app. 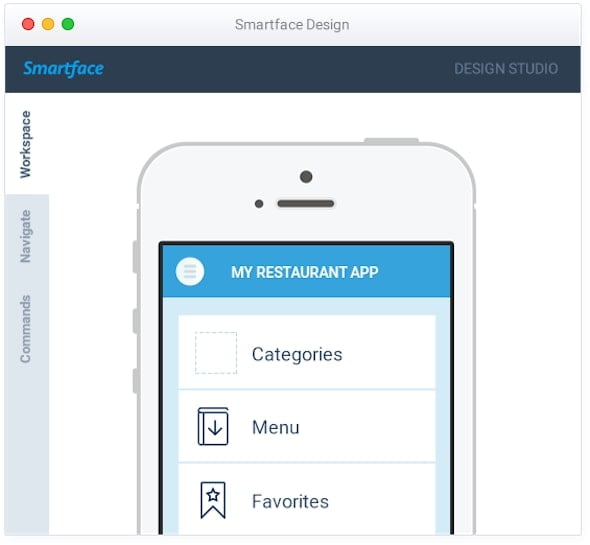 Smartface enables iOS app development through debugging and provides you with a variety of apps to download and run from the App Store.

The best thing is? This best iOS emulator is free. Working with Smartface is very easy, just install the software on the host device with the App Store. After this, you can establish a connection with the Windows PC. You will also need to install iTunes on your computer.

You can easily test and debug your code with Smartface after you install it. The debugging module comes with features such as breakpoints and real-time code changes. Can also be used to test code changes in real-time.

Furthermore, you can use the software with various iOS environments from iPhone to iPad. It can also be used with the Android platform.

Another best iOS emulator app that is very popular is MobiOne Studio. It helps you emulate the iOS environment on a Windows PC.

This application can run various iOS applications easily. Moreover, it gives you the ability to develop iOS apps.

With over half a million downloads, this app has been widely acclaimed today. One thing I like about this app is the UI features which you can personalize easily. There are many templates to choose from.

You can use it in portrait and landscape mode. It also gives you support for reviewing and testing large apps with the help of App Sync technology.

This app has been discontinued, but if you want to install it, you can download alternatives from other websites for free. But one thing you should be aware of are viruses that can accompany non-executable files.

If you can do it, you should download this app completely.

Using the Adobe AIR runtime framework, you can create new instances of the iOS GUI directly on your Windows PC. While not technically an emulator in the truest sense of the term, this tool allows developers and testers to get a feel for what an app would look and behave like on iOS without actually running it on that operating system.

Hardware replication limits mean that you don’t get apple to apple comparisons in terms of your app behavior, and what you see in the iPhone AIR may not be exactly what it renders or happens on an actual iOS device. However, if you just want to know what something looks like on an iPhone, Adobe’s AIR is a great option.

iOS is very expensive software to use iOS properly, you have to buy one of the high-priced Apple products, i.e. iPhone or iPad. Now, not every developer has that kind of money, especially in countries like India.

Therefore, emulators make a pretty good investment for developers. Even if you’re not a developer and just a techie who wants to explore the entire iPhone market, you can do that easily with an emulator.

Apart from that, various odd games and apps can also try native iOS apps and see the difference with android. The iOS emulator is a cool way to make sure people who don’t own an Apple product can also experience the software.