Are you looking for some best Pokemon emulators for iPhones and iPad? Then you must check out this article. The Pokémon corporation has been providing us with many of their best games since 1995. For mobile devices, there are a huge number of Pokémon games, but they’re not as entertaining as those for gaming consoles.

Everyone enjoys playing Pokémon on their video game console or television, making it one of the most popular games in the world of retro gaming. People crave to play Pokémon games on their iPhones, iPads, and iPod touches because this iconic game is so popular.

Playing the original Pokémon games on your iOS and iPadOS devices is now a breeze thanks to the Pokemon emulators for iPhones, iPads, and iPod touches that are easily available on the market.

In this article, I’m going to give a list of the top 6 Pokemon emulators for iPhones and iPad.

6 Pokemon Emulators for iPhone and iPad 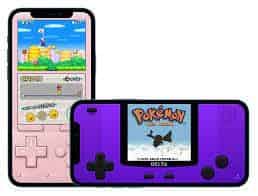 From the same developer as GBA4iOS comes Delta Simulator for the iPad and iPhone.

Previously, GBA4iOS was our preferred Pokemon emulator for iPhone The Delta is an All-in-One emulator that supports Nintendo 64, Nintendo Classic Edition, and Game Boy, in contrast to the GBA4iOS, which only supports Game Boy Advance games.

The GBA4iOS emulator situation is currently not good because it is old and might not function on your new iPhone running the most recent iOS. As a result, Riley Testut, the creator of GBA4iOS, created a new emulator called Delta Emulator. You can think of Delta as the more recent version on GBA4iOS with a whole different name.

iOS 10 and later are enabled by the Delta iPhone emulator. Using this emulator, you may access features like cloud synchronisation and multi-player capabilities while playing all Pokémon games that are available for the Game Boy and SNES. For iOS and iPadOS, the Delta emulator is usable. 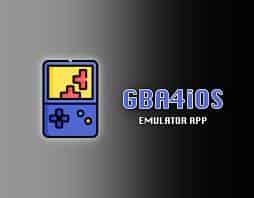 Riley Testut’s emulator, which he created in 2013 using ZodTDD’s gpSPhone codebase, has attracted millions of players globally using his videogame launcher, GBA4iOS. One of the greatest and most widely used Pokemon emulators for iPhone.

Users may emulate vintage Nintendo Game Boy Advance console games on the iPhone and iPad without jailbreaking them using the GBA4iOS emulator, which has a simple installation process and an intuitive user interface.

You can install practically any retro game, including earlier Pokemon series games, on the iPhone and iPad using the GBA4iOS iOS emulator.

It just takes up about 12.36 MB of RAM on your smartphone and is updated to version 2.1.5. The emulator provides options such as cheat codes, controller skins, save states, and multiplayer support.

Eclipse is an internet multi-emulator that supports the Sega Master System, Game Boy, Nintendo, Game Boy Classic, and SNES. You can play Pokemon games on your iPad and iPhone without downloading an emulator thanks to this feature-rich one.

Eclipse’s ability to have its licence cancelled sets it apart from other alternative emulators like iNDS and Delta.

There are a large number of UI skins available for the Eclipse emulator.

Additionally, users can create their own skins and get in touch with the developers to get them published.

The game ROMs can be downloaded and installed from a URL, Google Drive, Dropbox, or internal storage on an iPhone. 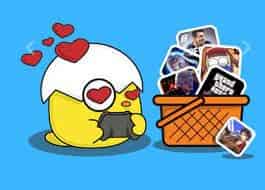 Looking for a Pokemon emulator for iPhone that works with all versions of iOS and iPadOS?

That’s why you need the Happy Chick Emulator. All emulators, apps, and games for iOS and iPadOS devices are simulated by this simulator.

Many emulators for the PlayStation 1, Gameboy Micro, Game Boy, and other consoles are accessible online. However, the Happy Chick Emulator is the only platform where you can find all of these emulators.

The Happy Chick Emulator, which is now running version 1.7.4.2, is among the top virtual game launchers. For the software to function properly, it needs a minimum of 2 GB of RAM. To run this software, you simply need 56.5 MB of memory on your phone.

The Game Play Color emulator is the fifth emulator on our list, and it enables you to play classic Pokémon games on your iPhone and iPadOS devices. It is an accessible web-based iPhone and iPad emulator that includes Gameboy Advance and Game Boy Color support.

The Game Play Color, like Eclipse, connects to Google Drive so that users can save ROMs or cover art on GDrive.

One of the many features that the emulator offers is offline support, which enables you to play games even when there is no Wi-Fi or mobile internet connection. 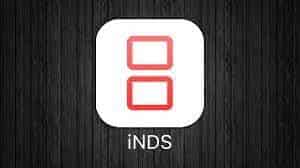 iNDS is a powerful Nintendo DS emulator for the iPhone and iPad that was created from the strongest DS emulator, NDS4iOS. It is also among the top emulator apps for Nintendo Developer System (DS) games.

You can play practically all Nintendo DS game types on your iPhone or iPad by using the iNDS emulator. The best feature of iNDS is that you can search and download Nintendo DS game ROMs directly from the emulator; you don’t need to look elsewhere for them.

The top 6 Pokemon emulators for iPhone are listed here. You may use these to play older Pokemon games on iOS or iPadOS devices. Playing old-school games gives us a sense of happiness that is indescribable since it transports us back to our childhood and the carefree days of old.

I’m hoping that the Pokémon iPhone emulator can assist you in reliving your childhood.

Why are you holding out? You now know the best iOS emulator to use to play Pokémon and other classic vintage games on your iPhone or iPad, as well as where to get them. Go play your preferred Pokémon game on your iPhone, iPad, or iPod touch right now.