Finding free MMORPG games and RPG games for PC can sometimes become a very complex task, especially if you are looking for good-quality titles. For this reason, in the following article, you will get a list of 15 video games in this category, which stand out for being exceptional games, as well as having an ideal visual appeal to spend long hours of fun.

Next, you will have role-playing games at your disposal that you can download and install on your PC without any problems. Each of these proposals has different characteristics, including characters or game mode. In addition, they are aimed at different types of audiences, whether for lovers of classics or trending titles. Therefore, if you are looking for a new video game with its respective review, keep reading.

One of the best free MMORPG games, where fans of DC Comics superheroes and villains can team up with iconic characters like Batman, Superman, Wonder Woman, and more, to create legendary stories. The mechanics of the game have a lot of action and new content that is constantly updated, despite being a game released 10 years ago.

Genshin Impact has a very striking visual section, inspired by ‘The Legend of Zelda: Breath of the Wild’, but has unique characters, based on the anime. With this game, you will enjoy an open world, where you will assume the role of a traveler who awakens in the land of Teyvat. Overall, the title features an action-packed combat system, as well as an exceptional solo and cooperative mode. 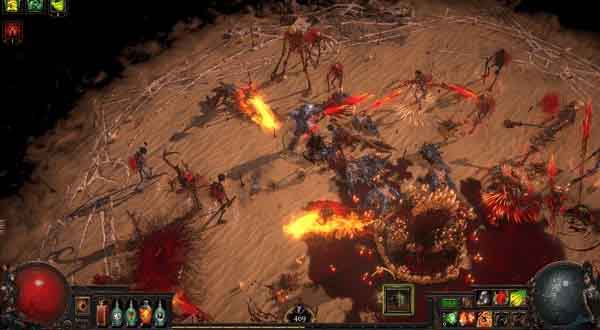 Path of Exile is a game that has taken into account numerous aspects of the Diablo franchise during its development, resulting in a title that stands out for its many elements and novelties. Despite having several similarities to the Blizzard title, it has constant updates and attractive gameplay, with battles full of visual elements, as well as different customization options. 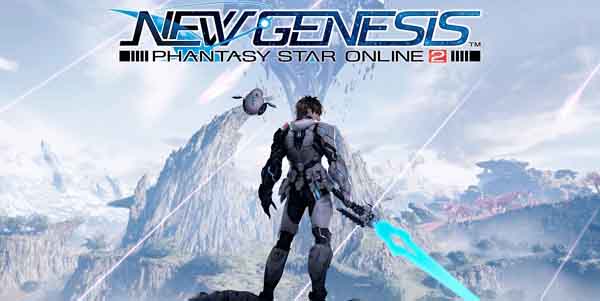 Phantasy Star Online 2 is an MMORPG set in science fiction settings, which presents very attractive visuals, with a high level of customization. In addition, it has intense game mechanics, with action-packed confrontations, ideal for lovers of fiction and entertaining battles.

With more than 20 years after its launch, it has ensured the fun of many fans of these titles. It is located in a fantastic environment, known as Gielinor, characterized by different guilds, gods, and races, who must fight for dominance. With over 200 story missions, RuneScape features numerous skills and actions to entertain you.

Star Wars: The Old Republic is a classic MMORPG game, based on the iconic Stars Wars saga, that allows the player to write their own story, within one of the most extensive and engaging universes in the film industry. The game is 10 years old after its release, but today it is still a great option to ensure an entertaining adventure.

Its developers call it one of the best action role-playing games in history, as it provides an excellent level gaming experience, with various weapons, comic elements, voxel graphics, and very entertaining gameplay. Although it has intense action mechanics, it has numerous RPG elements that make it an attractive game.

Wakfu is an ideal game for fans of titles such as Tactics Ogre and Final Fantasy Tactics, which offers a very complete experience, as it presents attractive gameplay, action-packed adventures, and novelties that will ensure long hours of fun. For those looking for a game with fun graphics, this is an excellent option.

TERA is a massively multiplayer online role-playing game, which offers a gaming experience to another level, with striking and colorful characters. The production of the game is high, with an extensive universe, which stands out for its modern and attractive design. The initials of the title correspond to The Exiled Realm of Arborea and were released in 2011.

Star Treck Online is a free role-playing game based on the popular saga of the same name, in which you will enter the role of captain, belonging to the Federation of United Planets. Here, you can enjoy unique star battles and various exploration missions. The title is focused on the interaction between the characters, as well as the accomplishment of missions.

Paying tribute to dungeon exploration RPGs, Bit Heroes is a title that includes turn-based combat in its gameplay. In addition, it offers a pixelated design inspired by 8 and 16-bit consoles. The title has a total of 52 zones, which are generated automatically, in addition to 100 creatures that you can capture and train to fight for you.

Dauntless is an online cooperative role-playing game, in which up to four people can join forces to face fearsome enemies, known as the Behemoths. So, the only way to survive is to face them, becoming a Slayer. The title features pieces of new armor and weapons, which can be improved and even manufactured by the players themselves.

In Dungeons & Dragons Online you will have to go through all kinds of dungeons and traps. You can also choose a warrior, rogue, or wizard as a character. In addition, you have the option to have additional adventures, enhance your experience and even level up when making purchases. Here, you will find all kinds of creatures, among them “beholds” and dragons, that you will find throughout your adventure.

EVE Online is a classic among MMORPGs and RPGs, even after being active for so long, this title has a large community of fans. Regarding the gameplay, it does not have very intense game mechanics, but the player will be able to pilot numerous spaceships through more than 7,000 star systems, each with unique characteristics.

15. Lord of the Rings Online

This is a long-standing game, more than ten years after its release. As a result, it has numerous mods and a huge fan community. In this title, players will be able to explore Middle-earth and its various locations, such as Lothlórien, The Shire, and the Mines of Moria. You also have the option to choose from 10 professions, more than 1,000 titles, 9 classes, and 4 races.