As if the advancement of technology, for now, is just getting more advanced, just as the development of smartphones is getting more and more sophisticated. This is certainly used by many game developers, especially now that there are many types of games available.

Of the several types that exist, online games are indeed very popular with many people. But there are still many fans of offline and online android anime games because the game has a gameplay that is not boring.

All offline android games that exist today are not like online games with large sizes. In the sense that all of you have to use a smartphone with high specifications. This is what distinguishes some light Android games, where there is no need to require high cellphone specs. As for how to download offline android anime games on the play store, it is indeed easy and does not take up a lot of quotas.

Anime games for Android offline, it is not boring, besides that there are also some old-school games for Android that you can play. Where all games have gameplay that is not much different from the original so that the nostalgic moment of old school games is felt. Meanwhile, anime games are the same; there are some very interesting games to play. Where the game is inspired by several cartoons from Japan such as Dragon Ball, One Piece, and others.

Some games are perfect for girls such as Anime Girl Mode, Dream Girlfriend, and others. It cannot be denied that anime games are indeed the main choice for most Android smartphone users, because they can be played offline as well as online. For all of you who are looking for some offline and online android anime games. All of you can choose one or more of the games that we have recommended to all you below. 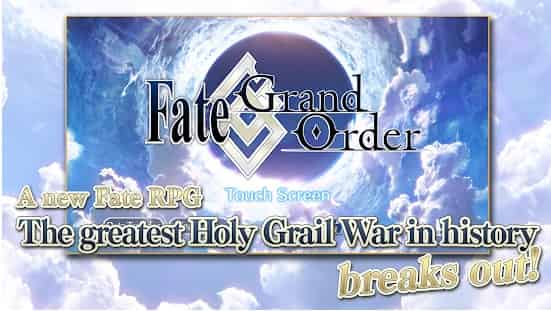 Fate/Grand Order comes in the first position of the top 10 Android Anime games. This game is probably the most popular anime game in the world

Fate/Grand Order is a free Japanese game. This game is developed by Lasengle using Unity and published by Aniplex. It was released on 29 July 2015.

This game is based on Type-Moon’s Fate/stay night franchise. The game is played in a storytelling style that is mixed with a combat system. It’s a great game to play who love Anime because it’s very easy to play

For more information about the game, you can read the beginner guide of Fate/Grand Order to improve your gameplay.

BanG Dream! Girls Band Party! Popularly known as BanDori, is another awesome anime that you will love to play this game. This game is developed by Craft egg and published by Bushiroad. It was released in March 2017. It’s a mobile rhythm game that combines Anime and music elements.

The game has two modes that allow you to play a variety of songs and progress through the game in a story mode that will help you unlock more different songs and finish the levels of the game. Bangor is also a gacha game that only makes things more exciting for the players .it has also high-resolution graphics that also attract many gamers to this game.  If you are looking for a nice Anime game and you are a big fan of Anime then this game is made for you.

Arknights is another Anime based game that comes with high graphics, and resolution which makes this game more realistic and exciting.

Arknights is a free-to-play tactical RPG/tower defense mobile game which is developed by Hypergryph, this game was released on 1 May 2019. Arknights is available on both Android and iOS platforms.

This game has a unique storyline and challenging gameplay that attracts many serious gamers to this game. In this game, players have to take the role of the doctor who works to save the world from a deadly diseases

Genshin Impact is one most heavy games on mobile. The game has unimaginable high resolution and graphics which makes this more realistic

Genshin Impact is an action role-playing game. Which was developed and published by miHoYo. It was released on 28 September 2020. This is an open-world Anime game where players can obtain new characters and weapons to protect the world where they live.

The game mixes great visuals, an elemental combat system, and a massive world that’s just waiting to be explored a lot of things in the game.

If you have a good device to run this game then this game is made for you.

This game has amazing 3D visuals and animation also high-resolution graphics which make this game more awesome. The combat system of this game is the best part of this game. you can play PvP with friends and all over the world with dragon ball fans.

Players can start this game as an original character created by the author of Dragon Ball Legends. In the game, you have to aim to achieve on top of the leaderboard worldwide by collecting the strongest Legends of Dragon Ball.

Ninja Voltage is another nice Anime strategy action game that is based on the popular manga ninja world of Naruto. This game is developed and published by BNE Entertainment. It was released on 22 November 2017. In this game, we have to grow the resources of our village and create some strong differences to protect our village from enemy attacks.

On the other hand, we also have to attack enemy ninja fortresses by defeating them we get lots of resources to survive and upgrade our village. We should also perform special abilities like ninja combos to kill our enemies with a wide variety of Ninja attacks to get awesome rewards.

This is another nice full-action-packed Anime to play. This game is loved by almost everyone who played this. So you can ok play this game.

In DIGIMON ReArise offers us a completely different and unique story where we can find new characters. This game is developed and published by Bandai Namco Entertainment. It was released on 25 June 2018.

In this game, we can create a custom Digimon team to battle with others in online mode where we can fight a 5v5 battle. If you like role-playing games and battle games you will also love this game. 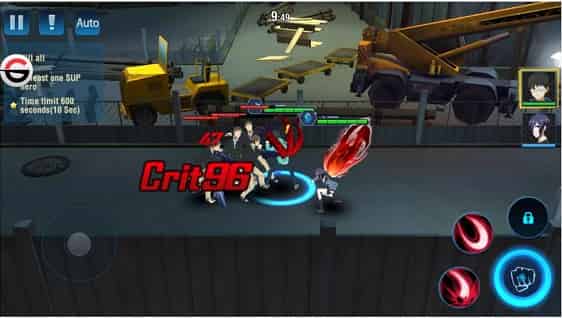 Tokyo Ghoul: Dark War is an anime ARPG game which is developed and published by BANDAI NAMCO Entertainment. This game was released on 14 November 2019. In this game, you can experience the first story of Tokyo Ghoul. You have to gather all of your preferred characters and face awesome and exciting thrilling challenges. In this game, you can also fight with other players in PvP mode.

Another great thing about this game is it has high-resolution graphics and a realistic view for a better experience.

Bungo stray Dog is another nice game for anime lovers. this is a Japanese game which is developed and published by Ambition co., ltd. This game was released on 4 July 2018. And almost every anime fans love Bungo Stray Dogs for its tricky levels and lovable roster of characters and now, players will be able to play these characters in Bungo Stray Dogs: Tales of the Lost.

The game is the first game that is based on the hit anime series and features the main story mode that will even give you the original storyline. In this game, your character can wear the original outfits that their favorite characters wear in the series. This is probably loved by everyone. And everyone finds this very exciting a game, even those who haven’t seen the anime series still love the game and concept of the game. So you can also play this awesome game. 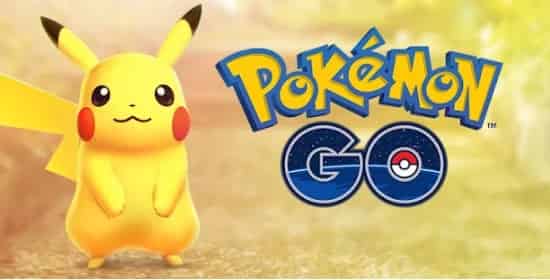 Whether you’re an anime fan or not, you will surely be familiar with Pokemon. Pokemon Go is one of the most popular game versions of Pokemon. This game was developed and published by Niantic in collaboration with Nintendo. This game was released on 6 July 2016. In this game, you can play as a Pokemon trainer where you will have to catch virtual Pokemon and defend the creatures from the Team Rocket. It was one of the biggest games when it was first to come to market but after some time the craze of this game become slow down it is still a good game that you can try.