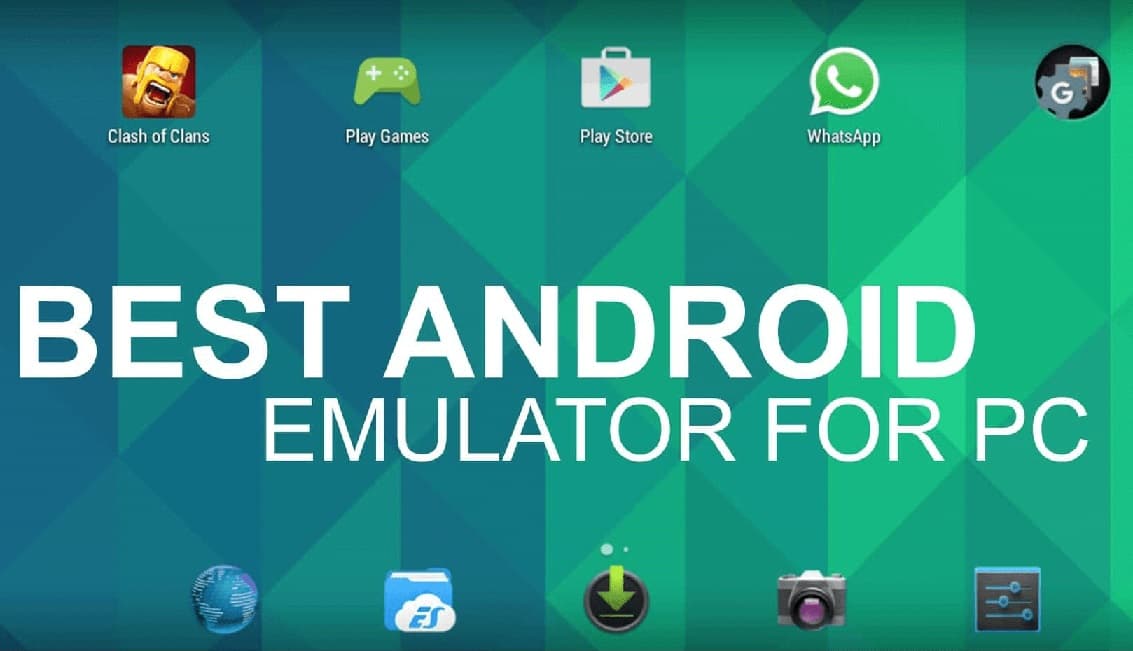 Fastest Android Emulator for PC – Want to experience playing android games like PUBG Mobile, Mobile Legends, etc on a PC, but have to be blocked because of mediocre PC specifications? Relax bro! You see, now there are several fastest android emulator applications for PCs or laptops with RAM specifications starting at 1GB. Curious what the applications are? Let’s take a look at our version of the fastest Android emulator recommendation, what kind of applications will make it easy for us to play Android games using a keyboard and mouse.

As we explained above, the fastest selection of Android emulators below can be aimed at those of you who may not have a PC with high specifications yet.

Well, here is a list of recommendations for the best free Android emulators for low-spec PCs, such as 1GB to 2GB RAM. So there’s no reason not to try the emulators on this list.

In the first place, there is an emulator application called Leapdroid which is one of the best fastest Android emulators and arguably a newcomer that you should try. The advantages of this emulator include being equipped with many tweaks and optimizations so that it can run quite smoothly and smoothly with quite impressive gaming benchmark scores.

Even more interesting, this application can run two games side by side so you can play the same game with different accounts in one view. So no need to bother anymore right!

In second place is an application called AMIDuOS which is also one of the best Android emulators for Windows PCs, which has relatively good performance. AMIDuOS is available in two choices of Android operating systems namely Jellybean and Lollipop which also supports 32-bit and 64-bit Windows.

One of the advantages of this fastest Android emulator is the user-friendly interface that supports multi-touch and pinches to zoom. So, this application will be very useful for those of you who have a touchscreen laptop. Nice!

The next fastest Android emulator is Andy, this application will provide a more flexible experience to explore more Android features.

Andy’s advantages include supporting a complete Android interface. One of the advantages, this application can make a smartphone a controller by connecting it via Bluetooth or WiFi connection.

When it was first released, Andy did experience some problems. But they managed to prove themselves to be one of the best Android emulators in 2016. So, it’s worth a try, right?

Hey, who doesn’t know that Bluestacks already has the fourth version?

You could say Bluestack is the most famous Android emulator. Of course, because this emulator has been around for a long time and often gets updates to improve its performance.

The latest is Bluestacks 4 which you can download for free from the official website, and it is available in several options such as an online installer and offline installer.

To be able to install BlueStacks, at least your PC has a minimum RAM capacity of 2 GB.

Genymotion is arguably the fastest Android emulator that is suitable for those of you who might work as application developers. The reason is, you can test applications or games that are made on various devices without actually having the device.

We can configure the emulator to run with different versions of Android as needed. For example, we could run the Nexus One with Android 4.2 Jelly Bean or the Nexus 6 with Android 6.0 Marshmallow.

In the order of the next fastest android emulator, there is an application called Droid4x and it is an option that we should try for an Android emulator on a PC. The advantage of Droid4x that makes it interesting is the support for add-ons that allow us to control games on a computer with a smartphone.

For example, we can play Asphalt 9: Legends and make our smartphone as a controller using the accelerometer. We are also allowed to customize the keyboard as a controller which will certainly make it easier for us to play Android games.

MEmu offers complete compatibility with Intel and AMD chips. MEmu also has root access and a complete sidebar display with many additional functions and features.

MEmu can be the best alternative for Android emulators, both for productive needs and for playing games. If you are having trouble, MEmu has a forum that can help solve your problem, check for the latest version updates, and other news on their official blog.

So for you gamers. You who are gamers must try an emulator called NoxPlayer. Where this application is indeed the fastest android gaming emulator.

This application has utilities and extras that specifically help gamers to control the game using a keyboard and mouse. One of the advantages of Nox is that it has a myriad of features, for example on the right of NoxPlayer there is a charming bar that is useful for accessing several features.

Besides NoxPlayer which can play PUBG Mobile, there is also LDPlayer which is specially designed to play Android games. Like PUBG Mobile, Arena of Valor (AOV), Mobile Legends, to Chess Rush that you can play.

One of the advantages of LDPlayer is its speed, stability, and multitasking features to play two different games on the same screen.

In the last order, there is Tencent Gaming Buddy or often called TGB which is very popular because of direct support from the developer.

Not only for PUBG Mobile, but Tencent Gaming Buddy also supports other games such as Arena of Valor, Impact, and many more.

In appearance, this android emulator seems devoted to just playing games, guys. So for those of you who want to exist on social media, it looks like you need to try it on another emulator.

Those were 10 recommendations for the fastest android emulator that you can try. Even though we don’t have a high-end PC at least we can still try how it feels to play android games on a PC. Hopefully, it’s useful. What emulators do you usually use, guys? Please comment below.