Are you tired of playing the same old games on your Mac device? Are you looking for the best Steam games for Mac? If yes, then you should read this blog! It is rare for people to get Mac games as there is a lot of craze for PS4 & 5 console games. For the people who use Mac devices to play games and entertain themselves. There are still a lot of options. You can buy games from Steam and play them.

If you are a little picky and you look for the best games as most people do then you should check out our list of the 10 best Steam games for Mac. Which we are going to share in this blog. These games are top-rated according to your Steam stats. To give you more fun, we have made this list a little diverse and you can find games from the top genres. So don’t miss out! 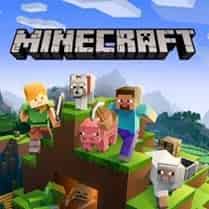 The first game available for Mac is Minecraft. Who is not familiar with this game? The best survival game of this decade. It is trending all the time and the craze seems to increase. You can build a house, mine gold, and other minerals, cook food, fight zombies, explore different portals, make electric doors and the list goes on.

There are many amazing features in Minecraft that can not be covered in a single article. The developers regularly update the game to make it better and to add new features. So it is a never-ending cycle of growth. So do check it out. 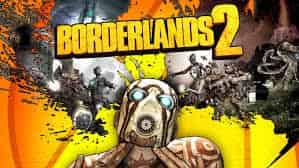 Another Steam game for Mac is Borderlands 2. It is one of the most played games and it had acquired millions of players throughout the years. It is an RPG type of Shooting game. There are different characters. All of these characters have special abilities. Like special weapons, invisibility, etc.

You can upgrade these characters to unlock more powers and to make your character the strongest. The graphics are worth mentioning. This game has a separate community and maybe you can be a part of it!

Hollow Knight is a different type of game. It is an action-adventure type game. The story revolves around a Knight that explores a Hallownest kingdom. This kingdom is infected by a deadly disease. The graphics of Hollow Knight are something that we don’t get to see a lot. The graphics are dark and attractive. You can have epic fights with different creatures on your journey. So if you are interested, do give it a try!

Also Read: A Quick Look At Blockchain Games And The Metaverse

The Steam game for Mac is Metro Exodus. It is a Shooting game. The thing that makes it different from other shooting games is the storyline. The story is set in the future and nuclear war has destroyed the world. You are one of the few people alive and you have to survive by killing your, enemies. It is an exciting game with modern graphics. Many people like this game and it has a pretty good rating on Steam.

If you are into detective games then Return of Obra Dinn is your cup of tea. The story revolves around a ship called Obra Dinn that disappeared many years ago and after many years appeared again in the sea. You as a detective have to investigate the ship and find out what happened. Many people liked this game. The graphics are dark and kind of scary. Overall, it is a nice game and is available for Mac on Steam. 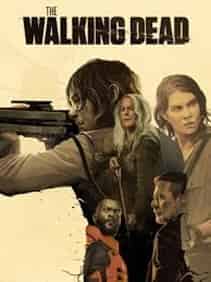 We all know about The Walking Dead movie. The game is based on the movie. If you like zombie games then this could be the best choice for you. The world is infected with a virus and you are from the people who survived. You have to keep yourself alive and kill zombies. There are different weapons that you can choose from.

Subnautica is an adventurous game. The story is set on an alien planet called 4546B. This planet is a complete ocean and there is no ground. You can explore this place. You will meet different creatures that are not very friendly. You have to survive these creatures and explore the whole planet. The story is interesting, and the graphics are great. So do give it a try!

The next on the list of the best Steam games for Mac is Terraria. It is a 2D sandbox game. You can craft, explore and build stuff. Other than that you can also do combat with different creatures. Terraria gives you Mario feels. The gameplay is great and reminds us of the old Mario-type games. So if you are into these types of games then do check Terraria out.

Rust is a modern survival game. If you are into fancy weapons and characters then Rust is the game for you. You can play this game with your friends and have complete fun. The best thing is that you can play it on Mac devices. So do check it out.

It is difficult for Mac users to find quality games. But don’t worry, we have created a list of the 10 best Steam games for Mac devices. These games belong from different genres. From Shooting, Survival to Adventure, we have covered all of the trendy genres. You can check them out above.