What video games (popular games) have people been playing the most this year? There is no doubting the awesomeness and immense appeal of video games to players of all ages. This is the most thorough list of the games that are now most in demand. The ten most popular games that you should play right now have been examined and ranked by us.

We’ve compiled the most popular games right now on this blog. These games were chosen based on the number of monthly users and the degree of support they receive from the gaming community. These are the top PC/console games you must own, and they include online multiplayer, sports simulators, RPGs, and action adventures!

So, browse the list, choose your favorites, and start having fun!

Another game from the illustrious Dragon Ball series is called Dragon Ball Z: Kakarot. It is an RPG in which you can fight enemies, train, even fish, and do other things. The Dragon Ball Z series’ plot is carried over into the game. The DLC also allows you to experience the Battle of Gods and Dragon Ball Super sagas.

With antagonists like Cell, Android 19, and others serving as bosses, Dragon Ball Z: Kakarot is widely regarded as one of the finest in the series.

All anime and manga lovers like the timeless Dragon Ball tale, which the game allows you to revisit. It is skillfully written, taking care to stick closely to DB’s original narrative. Every playable character in the game also comes with attractive visuals and powerful moves. 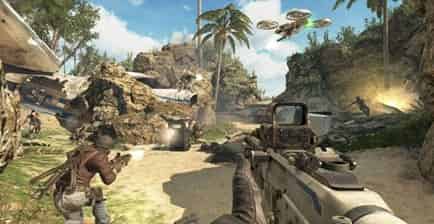 Call of Duty: Black Ops II, which was created by Treyarch and released by Activision in 2012, has sold over 24 million copies. The game is set in two separate historical periods, the 1980s and 2025, and switches back and forth between them sometimes.

Your character, the head of a Nicaraguan cartel named Raul Menendez, is sought in both periods, and it’s your responsibility to track him down and complete the mission. In my opinion, this is amazing and typical of first-person shooters since there is a lot of shooting, explosions, death, and explicit material. Without a doubt, check out this one!

One of the most popular games currently is the first-person shooter, Far Cry 5. The plot is centered on a doomsday cult that has taken over the fictional Hope County, Montana, and is set there. Joseph Seed, a charming and strong leader, is in charge.

You get to pretend to be a nameless deputy sheriff who is stranded in the area. The game’s gameplay is compelling and has a strong emphasis on fighting and exploration. Players engage opposing soldiers in battle using a variety of weaponry.

One of the best action shooter games out there, Far Cry 5 is packed with gorgeous mechanics, foes, dark wildlife, and intense gameplay. The game’s narrative has a promising beginning but ends suddenly, making you think of the disastrous Season 8 of Game of Thrones.

While the 2018 Spider-Man video game shares many similarities with its predecessors, it differs from them in that it is told from a third-person perspective and has a distinct narrative. Currently, one of the most well-liked games. Mr. Negative, a powerful crime boss, devises a scheme to grab control of New York City’s criminal underground and threatens to unleash a possibly devastating virus.

Spider-Man has an attitude, and because you are Spider-Man in this game, you are assigned the killing of Mr. Negative and trying to thwart his evil plans. If you enjoy action-adventure games, I highly recommend giving them a shot. 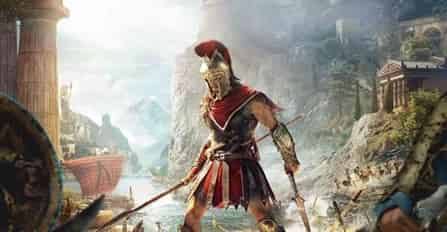 In the action role-playing game Assassin’s Creed Odyssey, you may select between a male or female mercenary and fight your way through a vast open world while following a compelling plot. In one of the most popular games right now, your character is a descendant of Leonidas I.

You are given a broken spear that has been fashioned into a weapon and bestows exceptional powers upon you. With this spear, you can battle the most formidable opponents and explore the most open areas in video games. The finest game in the series to date is undoubtedly Assassin’s Creed Odyssey. Although some of the objectives can appear a little overextended, it offers an amazing atmosphere and engaging gameplay.

It even places you amid the Peloponnesian War. Enjoy naval battles and gameplay that is more focused on fighting and less on stealth.

This multiplayer first-person shooter, launched in 2012, is ranked sixth. As a result of the popularity of the first three games in the series, Counter-Strike: Global Offensive was published on several operating systems and consoles, including Microsoft Windows, OS X, PlayStation 3, and Xbox 360. Two years later, in 2014, a Linux variant was released.

Two teams are involved in the game: the terrorists and the counter-terrorists, who both have objectives to fulfill while fighting off the other. Critics gave it high marks for playability when it first came out, and it now attracts about 11 million players each month. 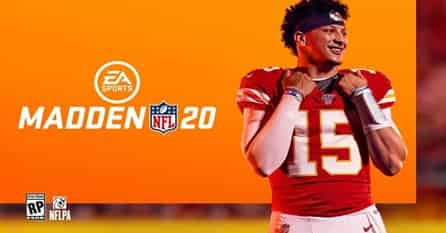 The twentieth edition of Madden NFL is by far the greatest. A full reworking of the grading system has made it an alluring proposition. Enjoy new missions and a customizable career option called QB1, which allows you to follow the quarterback’s path from college through getting selected to the NFL.

However, you will undoubtedly notice the more realistic-looking players—not a quantum leap, but a definite improvement—as a result of the new lighting system that makes up the majority of the improved visuals. Both new gamers and cult devotees will find the improved gameplay, which has more fluid controls and motions, to be more than adequate.

Over the years, Sony PlayStation’s God of War game series has steadily grown in popularity. This most recent version of one of the most popular games will astound you with its incredible visuals and plot.

Through mythology and narrative combined with heart-pounding action, the creators have painstakingly created every element for nothing less than a transcendental gaming experience. God of War is unquestionably the winner, and with Atreus potentially taking over Kratos’ role as the protagonist, God of War will be here to stay.

PUBG, often known as PlayerUnknown’s Battlegrounds, is a massively multiplayer online battle royale game! It’s a rather easy game to comprehend. Each game has up to 100 players who parachute into it and compete to be the last guy standing.

You may find tools and other supplies by scavenging as a player to increase your chances of winning. But since the game is set up to constantly shrink the “safe region,” there is nowhere to hide, so you are forced to fight until the very end. I would strongly advise playing this game. For a reason, it’s now one of the most well-liked video games! 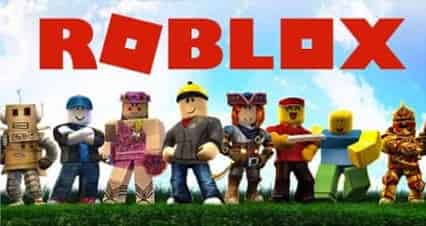 Tenth on the list is a game category that is a little bit different from all the others. Let me elaborate.

Roblox is a platform that enables users to build their games as well as play games that other users have created. It is an online community where people can play and create games together. Once you join in, you will have access to a huge selection of user-generated games and virtual worlds across many different genres.

Roblox has your back, whether you prefer role-playing games, simulations, or games with obstacles to navigate. If you’re looking for something unique, Roblox is one of the most popular video games right now.

These are the top 10 most popular games to be played in the modern era. Millions of people play these games every month, and players adore them. Try playing any of these games if you haven’t already. I am confident you will enjoy them as well.

You can always rely on video games to help you get through difficult times. You can play these games on an Xbox, a PSP, or any other gaming platform. It aids in both our emotional and physical recovery.